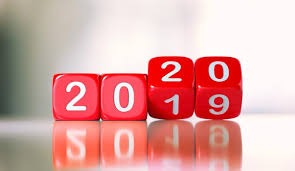 For all that I achieved last year (had a baby! returned to work!), I felt bad that I read fewer books and pages than at any point since I started logging all my reading back in 2008. Well, if only past Malin could see me now, with an even lower tally this year. Turns out that holding down a full-time job as a language teacher, who frequently has up to ninety essays or oral presentations to be graded at any given time, as well as the mother of an energetic and ever more demanding toddler leaves much less time to read than expected. I know I shouldn't be so hard on myself, I still read more than most (non-Cannonball) people I know, but it feels a bit like a defeat.

So I should probably focus on all the goals I set for myself that I did achieve. Even though I was behind on my reviews pretty much the entire year, I managed to complete a double Cannonball towards the very end of December. For a while, I wasn't sure I was even going to manage that, so I suppose I should focus more on, and be happy about, the things I achieved, rather than the things I failed at. I also took part in a total of 29 different reading challenges over the course of the year, and only failed to complete two of them, so I should probably be proud of that too (separate post coming about all of them).

Of the books I read in the last year, 83% were written by women, 11% were written by men, while 6% were by a husband and wife writing team. 22% of the books were by authors of colour, which is lower than I would have liked. I didn't actually do a count on how many included queer or otherwise marginalised characters, but I probably should keep track of that too.

I briefly considered doing a "Best of the decade" list of books, but decided it would take too long and I would probably have to leave out books that meant a lot to me, so all you're getting is my "Best of 2019". As usual, I allowed myself ten books published in 2019, and ten books with earlier publication dates (you get to mention so many more books that way).

10. Pumpkinheads by Rainbow Rowell and Faith Erin Hicks
Rainbow Rowell's sweet and autumnal graphic novel, accompanied by Faith Erin Hick's cute and heart-warming art worked really well for me, and less so for my husband, who rated the book 2.5 stars to my 4. So you know, your mileage may vary on this one.

9. King of Scars by Leigh Bardugo
Oh, Nikolai, what troubles you get yourself into. There is every chance I may rate this lower once I know what happens in the second part and how everything plays out, but so far, I really liked this adventurous fantasy novel focusing on three very different characters.

8. The Magnolia Sword: A Ballad of Mulan by Sherry Thomas
I have always really liked Disney's Mulan, while knowing that like the fairy tales they adapt, it is probably a very loose interpretation of the original story. I really liked Sherry Thomas' YA retelling, which I suspect is rather more close to the source material.

7. Wayward Son by Rainbow Rowell
Baz, Simon and Penelope's further adventures were unlikely not to show up on my best of the year list. Even so, until I re-read Eleanor & Park and possibly adjust its rating, this is still among my lowest-rated novels by her. There was so much angst, I hope she gives them a happier ending in the sequel.

6. The Bride Test by Helen Hoang
While I thought this was an OK little romance when I first finished it, this book has stayed with me in my thoughts, popping up unexpectedly now and again. I really liked that the main focus is just as much the heroine's self-realisation as her eventual HEA with the hero.

5. Sapphire Flames by Ilona Andrews
Oh, House Andrews, you just keep getting better with each book. While I liked Nevada and Rogan in the first trilogy, I suspect, based on this, that Catalina and Alessandro will surpass them in my affections, if they don't already.

4. Mrs. Martin's Incomparable Adventure by Courtney Milan
I didn't know I needed a historical romance novella featuring heroines pretty close to my mother's age, falling in love and smashing the patriarchy, but I really did. This was a wonderful read.

3. The Winter of the Witch by Katherine Arden
I have been really impressed with all three of Arden's medieval Russian-set fantasy novels, and this book finished off the trilogy beautifully, with Vasilisa really coming into her own. The romantic subplot didn't hurt either.

2. The Austen Playbook by Lucy Parker
Lucy Parker is my favourite contemporary romance author at the moment and well-deserving of her auto-buy, pre-order status (so rare!). This clever and funny romance with a gruff, sarcastic theatre critic hero falling almost despite himself for a bubbly, cheerful actress, while they have to solve a mystery involving their family histories and a possible scandal was almost perfection for me.

1. Red, White & Royal Blue by Casey McQuiston
Absolute and utter perfection, however, was achieved by this book, which made me happier than any other book I read all year. Pretty much an alternate history fan fiction, with the half-Mexican son of the first female President of the United States first obsessively hating, then becoming friends with and ultimately falling completely and utterly in love with the youngest Prince of England, and third in line for the throne. It made me laugh, it made me cry, it made me want sequels starring most of the supporting cast. I am amazed that it's McQuiston's debut novel, because it's so utterly great in every way. If you haven't already read it - do so!

Best of earlier years, in alphabetical order, because ranking the books is actually REALLY hard.
The Girl Who Drank the Moon by Kelly Barnhill
Such a sweet middle grade fantasy novel, with a large majority of female characters dominating the book.

Whatever Life Throws at You by Julie Cross
This was one of those books that had been on my TBR list forever and that I didn't think was going to amount to much. It was a really good NA romance.

Wolfsong by T.J. Klune
This was probably the book I was most unsure about putting on my "Best of" list, but I really did love Ox so much, and it was a very interesting variation of a werewolf story.

Where the Mountains Meet the Moon by Grace Lin
Such a great little fairy tale, with lots of influences from Chinese folklore

Born a Crime: Stories of a South African Childhood by Trevor Noah
I don't really watch The Daily Show (I probably should), but this autobiographical collection of essays from Noah was really engaging and educational to me.

Spinning Silver by Naomi Novik
I liked this a lot when I listened to it over the summer, I grew to like it even more after we discussed it in my book club, and we found so many layers and nuances to it. Wonderfully feminist fantasy.

Becoming by Michelle Obama
Oh, Mrs. Obama, how we miss you and your husband. I hope you are enjoying your time out of the public eye, doing good works. You certainly deserve it.

The Lawrence Brown Affair by Cat Sebastian
I haven't read enough of Cat Sebastian's books to know if she's on my auto-buy list, but with every new one I complete, she edges ever closer.

Muse of Nightmares by Laini Taylor
This was a great conclusion to the duology started in Strange the Dreamer. Occasionally sad, magical and very satisfying.

A Study in Scarlet Women by Sherry Thomas
I'm not actually sure if this was the best of the first three Lady Sherlock novels, but it was easiest to include because it's the first in the series.

There you have it. I hope to waste less time on social media in the coming decade, and devote myself more to reading again.
Posted by Malin at 05:06