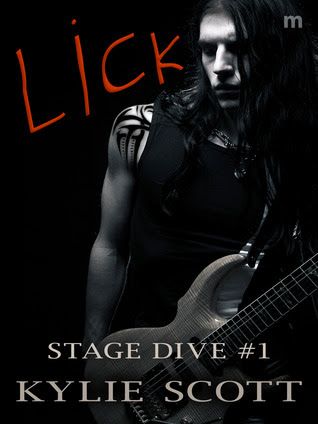 Evelyn "Ev" Thomas went to Vegas with her best friend to celebrate her 21st birthday spectacularly, and maybe get laid. She wakes up on a bathroom floor, monstrously hung over, in the presence of a very attractive, half-naked man with tattoos, and a diamond the size of a small ice berg on her finger. The courteous half-naked stranger is less than happy when Ev admits to having blocked out the previous night completely. She doesn't remember who he is, and she certainly doesn't remember getting married. Her new husband storms out in anger, claiming his lawyers will contact her.

Ev discovers that her new husband's name is David, because on her drunken night out, she apparently had it tattooed on her butt. She wants to just quietly forget that anything every happened, hopefully keeping her drunken mistake from her parents. When a horde of paparazzi meet her as she arrives back home in Portland, asking her all sorts of intrusive questions about what her new marriage will mean for the future of Stage Dive, Ev realises that anonymity is no longer an option. Her friend Lauren is both shocked and delighted that Ev's new husband is David Ferris, guitarist and song writer for the biggest rock band out there at the moment (and Lauren's favourite band). Ev is determined to just get the marriage annulled, and agrees to be flown to LA to get the papers signed when David sends a bunch of body guards to pick her up at her parents' house.

When she arrives in LA, there's a huge celebrity party at the mansion where the band are staying. David pretty much completely ignores her, dumps her in a huge bedroom, all alone. He then gets furious when he finds her later in the evening, talking to his brother (who Ev doesn't recognise), who is skeevily trying to make a pass at his new sister-in-law. The day after, a team of lawyers try to bully Ev into signing annulment papers, but she's so appalled when it's clear that she's seen as some opportunistic gold digger that she storms off, being rescued by the drummer of the band, who seems to be the only nice guy there. Her cranky husband eventually shows up and apologises for being a complete tool, and after Ev actually spends some more time with her new husband, she discovers why she may have agreed to marry him on a spur of the moment.

I noticed my friend Erica reading this, and as she rated it very highly, I decided to give it a try. It's a lot more fun than the rather contrived set up suggests. Slowly but surely, Ev remembers more about her drunken night in Vegas. When spending more time with rock god David Ferris, she discovers that he doesn't just make her weak at the knees, but is actually a very nice, if quite emotionally damaged guy. Ev has just turned 21, has only had (bad) sex with one other person, and has never really had a significant relationship before. David is five years older, but is also a rock star with a fairly messed up family and relationship history. He clearly has a lot of trust and abandonment issues, which isn't going to make him the easiest of partners.

For a while I was worried that the book was going to be some sort of annoying insta-love thing, but all the characters in the book feel very real, with a number of convincing flaws. Marrying a complete stranger, no matter how hot, in Vegas, isn't going to be super easy. David has a number of issues that complicate things, and after about a week of married mostly bliss, said complications are big enough that Ev is unable to cope. The way the story is resolved is nicely done, and I enjoyed the heck out of the book.

It helps that Ev, who narrates the book, is a fairly snarky and engaging heroine. She feels awful that she can't remember what David clearly does about their first night together, and once he stops being a jealous, insecure douche who taunts her with groupies, they are able to really talk and start getting to actually know each other. She's willing to cut him a lot of slack, but also has enough backbone to not let herself be taken advantage of, which is nice to see in a young female character. David is rather melodramatic, and I personally would have trouble being with a guy who was quite as possessive and quick to jealousy. The supporting cast are mostly good, and it's obvious that each of the three other members in the band are going to get their own romances in due course. Based on this book, I'll probably check out the next ones in the series too.
Posted by Malin at 07:38