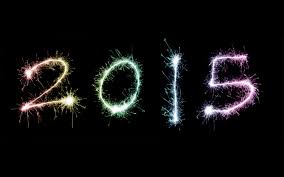 While my reading year in 2015 has been pretty good, and I took part in more reading challenges than ever before (and managed to complete every single one of them), my year in general was more bad than good. In the plus column, there's the fact that my husband and I now own our own property, the very first flat we actually fell in love with at viewings and that we had a lovely week in Malta visiting friends. We also have two beautiful and energetic adolescent kittens, Max and Furiosa.

In the minus column, there's the reason why we have new kittens - the death of both our old cats, Mina and Hobbes, within the space of two months early in the year. That almost broke me. My work load this year was extremely heavy, and the kids were extra difficult, absolutely exhausting me. Then, in the last third of the year, the world did its very best to literally break me - first I slipped on wet leaves and concussed myself badly (the after effects of which I'm still not entirely free of) and on the first really icy day of the year, I slipped on wet ice and fell spectacularly, landing with all my considerable weight on my left wrist. Which wouldn't heal right. So I had to have surgery. After which I discovered that regular morphine apparently gives me no painkilling effect, causing me to have a very bad night once the local anaesthetic in my arm wore off. When the concussion was at its worst, I couldn't read at all, so it was audio books all the way. When I was recovering from my broken wrist, the painkillers made it difficult to concentrate, so I didn't get as much reading done as I would have liked. I still did pretty well.

When moving, I gave away a lot of books to friends who wanted them, or donated huge boxes full to local flee markets. 234 books were culled from my shelves, but looking at the tally of how many books I acquired in 2015, it's probably good that I cleared some space. I got 269 new books, 50 of which were gifts and 8 that were free. 73% of the total were e-books, 15% were actual physical books and 12% were audio books.

It was quite the year for reading challenges. As always I participated in the Cannonball Read and once again actually managed to complete a triple run. I'd read and reviewed 52 books by the 2nd of May, 104 by the 29th of September and completed my 156th book and review in the nick of time on New Year's Eve. In addition, I did 24 other Reading Challenges throughout the year, to the point where a lot of my reading was so tied up in completing different goals that it took a lot of the fun out of reading. I'm only doing the ones that I really enjoyed, and that easily fit in with my general reading plans in the coming year.

I'm getting better at picking books that I'm pretty sure I'll like. Obviously the many reading challenges forced me out of my comfort zone a bit, and forced me to make choices I might not have done otherwise. According to Goodreads, my average rating for books this year is 3.8. I had eighteen five-star reads, but quite a few of those were comfort re-reads.

My best of 2015 list is as follows - I even managed to RANK it this year:
Best of books published pre-2015 (re-reads not counted):
Last year, I did a list of books I'm looking forward to in 2016. But it's late, I'm tired and I think this post has gone on for long enough. Happy New Reading Year!
Posted by Malin at 04:02